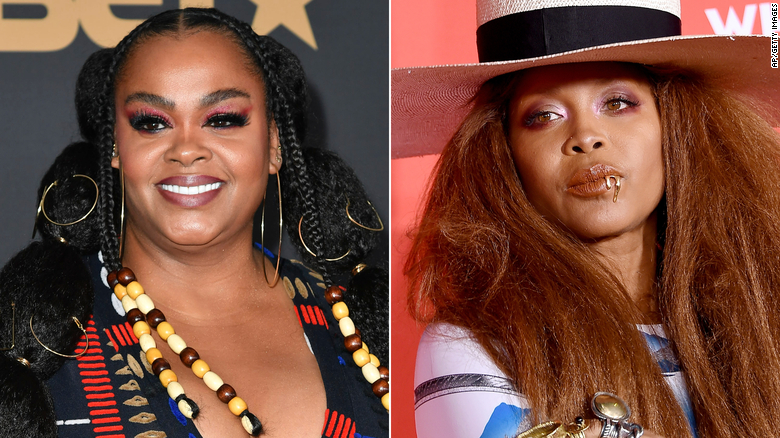 Jill Scott, left, and Erykah Badu brought in over 700,000 viewers during their three-hour live stream Saturday, May 9, 2020.

(CNN) – Erykah Badu and Jill Scott came together for three hours of magic Saturday in the first Verzuz live stream battle between two women.But the stream was more union between two friends playing great music than it was a “battle.” The two singers played each of their hits as well as songs each have written.What amazed a lot of the 700,000 viewers is that Instagram didn’t cut their live stream short, and neither Badu nor Scott seemed to notice.”I don’t have no conception of time. I don’t know what that means,” Badu told Scott at one point.The viewers didn’t seem to complain either.

Folks also loved the little moments between Badu and Scott, like when Scott seemed to make up the word “ingenutive.””Jill said it’s a word, so it’s a word,” said activist Brittany Packnett Cunningham.brittany packnett cunningham does not do remixes.✔@MsPackyetti

Badu and Scott coming together on Instagram was part of an ongoing series called Verzuz by producers Swizz Beatz and Timbaland as a way to entertain fans during quarantine. Previous battles have featured singer-producers Teddy Riley and Babyface, rappers T-Pain and Lil Jon as well as producers Scott Storch and Mannie Fresh.

Africa is calling her children home

COVID Crisis: The Black Press is Doing What It Does – On Budgets Spread Thin